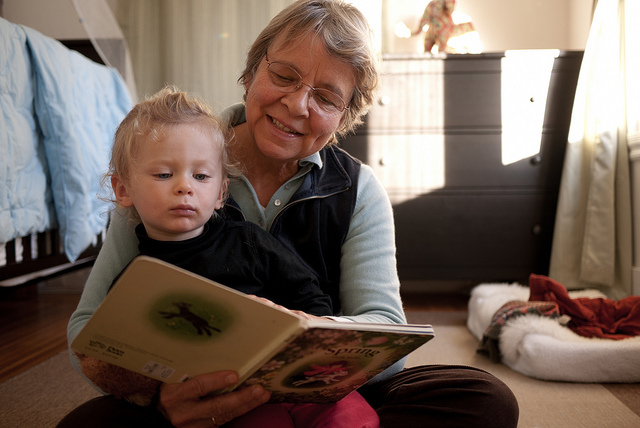 Diane Stortz knows a thing or two about being separated from family. She’s the co-author of Parents of Missionaries: How to Thrive and Stay Connected when Your Children and Grandchildren Serve Cross-Culturally.

She also knows a thing or two about children’s books, having written Words to Dream On, The Sweetest Story Bible, and a couple for Roman Downey’s Little Angels series, among others.

By my reckoning, that means that she knows two things or four about finding books to send to grandchildren overseas.

If you’d like some good advice, go to her blog and read her five points on what to look for when choosing the right storybook for children.

And at Christian Children’s Authors, she puts in a plug for recordable children’s books. Maybe it’s because I don’t have grandchildren yet, but I never knew there was such a thing. What a great idea for staying in touch with faraway granddaughters and grandsons, nieces and nephews.

In this post, Stortz mentions three publishers that produce recordable books: Hallmark, DaySpring, and Publications International. Using that as my starting point, here’s a sampling of what I found (it includes lots of grandmas and lots of bears)—

Conversations to Keep: Grandma and Me
That’s What Grandmas Do
My Grandpa and Me
Guess How Much I Miss You
Guess How Much I Love You
Under the Same Moon
What Aunts Do Best/What Uncles Do Best
I Love You So Much
I Love You Head to Toe
Wherever You Are: My Love Will Find You
Bright and Beautiful
All Day Long with Jesus
Bedtime Prayers and Promises
Sesame Street, Together at Heart
If . . .

And here are a couple for sending back the other way—

I Love You Grandma
My Grandma Is Special

Of course these are wonderful gifts to send to your grandchildren abroad, but they’re also great to give as gifts to other grandparents who have faraway family so they can add their voices and send the books on to their own small loved ones.

Susan Adcox, “Grandparents Expert” at About.com, writes that Hallmark recordable books are “pure magic.” “What child wouldn’t be entranced to open a storybook and hear it read in a grandparent’s voice?” she asks.

She goes on to compliment the recording process, calling it “practically foolproof.”

“Practically foolproof” might be a stretch for some. In fact, as Stortz points out, several have left comments online about their frustration with the books’ technology. Stortz reveals the “secret”: “The playback mechanism is light activated!”

As you can see in the video below, the inside edge of each page has a series of holes. The number of holes collecting light determines which recording will play. Thus, if a hole doesn’t get light, or if a page isn’t flat and the wrong holes are lit up, you’ll hear the wrong recording. If you give one of these books to someone else to record, it would be important to pass this on, so that the potential of the gift isn’t lost amidst frustration.

My nine-year-old son just watched this video and said, “That’s cool! . . . But it’s not Christmas.” (Yes, but Christmas-in-July will be here before you know it.)

[photo: “Reading with Grandma,” by Stefan Klocek, used under a Creative Commons license]

2 thoughts on “When Grandma’s Lap Is Far Away”