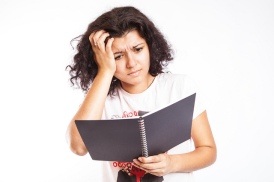 Finals. In just a few short weeks comes that time of the school year when students sit down to tests that have the sole purpose of showing how much they know. Or as some would put it, the purpose of the tests is to show how much they don’t know. Gapminder’s “Ignorance Survey” fits into this second way of thinking.

Gapminder is a foundation that promotes a better understanding of statistics to aid in global development. It’s cofounder, and most visible spokesperson, is Hans Rosling, a Swedish medical doctor, statistician, and professor of global health. (To see Rosling and his statistics very much in action, go to “5 Stat Sites That Eat Pie Charts for Lunch.”)

If you’re not worried about finding out what you don’t know, click over to The Guardian‘s “Population Quiz: How Well Do You Know the World?” It’s an interactive collection of 9 questions from Gapminder’s “Ignorance Project,” covering such topics as life expectancy, education, and income.

After you’re done, come back and watch Hans Rosling and his son, Ola, explain in a TED Talk how our intuition has been hijacked—to the point where most people, including educators and the media, score worse on Rosling’s tests than if they’d picked the answers at random. Or as the Roslings put it, they do worse than chimps grabbing at bananas. “Only preconceived ideas can make us perform worse than random,” says the elder Rosling, at the “Ignorance Project” page.

(The “Population Quiz” will calculate your score, and if you don’t get 100% right, click on “Show Answers” at the bottom of the results page.)

(Hans Rosling, “Population Quiz: How Well Do You Know the World?” The Guardian, November 7, 2013)

[photo: “Confused,” by CollegeDegrees360, used under a Creative Commons license] 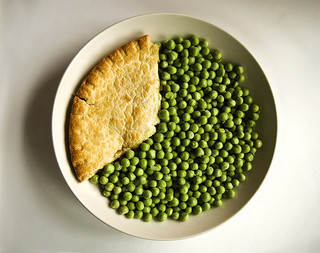 One thing I don’t like about statistics is the way they usually look—a list or row or jumble of numbers that just sit on the page in black and white. Of course, there are line graphs and bar graphs and pie charts, but those can only punch the data up so much.

What I need are statistics presented in ways that grab my attention and that help me understand complicated ideas. What I need are number crunchers and artists working together to get a point across. What I need are people like Amanda Cox, a statistician and graphics editor for the New York Times, who told Scott Berinato of the Harvard Business Review,

There’s a strand of the data viz world that argues that everything could be a bar chart. That’s possibly true but also possibly a world without joy.

What I need—and what I found—are the following five sites that take global statistics and get them to stand up and jump off the page. Some combine the data in interesting ways. Some use eye-catching graphics. Some use video to show movement across time. And some let the numbers grow before your eyes.

Here they are. They’re in no particular order, except I’m starting with FlowingData because that’s where I found the above quotation from Amanda Cox.

1 – FlowingData
Nathan Yao’s blog helps us understand data by visualizing data. It’s not all about global statistics, but scrolling through the posts—and getting sidetracked a time or two—is well worth the effort. As an example of the range you’ll find, there’s “A Visual Exploration of Refugee Migrations,” “Average Man Graphic Renderings,”and a mockup of how big a single iPhone screen would be if all the iPhone screens in the world were put together. And Yao’s also created the “World Progress Report,” an infographic with data culled from UNdata’s 60 million records.

2 – Gapminder
Swedish global health expert, Hans Rosling, has an infectious enthusiasm for statistics. You can see it in the site for his Gapminder Foundation, in the Trendalyzer software the foundation developed “to unveil the beauty of statistical time series by converting boring numbers into enjoyable, animated and interactive graphics,” and in Gapminder World, which shows the software in action in over 20 amazing graphs. You can see it, too, in Rosling himself, with this cool demonstration of how he brings statistics to life, “200 Countries, 200 Years, 4 Minutes”:

Rosling, like Cox, is a proponent of the “joy” that can be found in statistics. For proof, watch his entire hour-long documentary on line. The video above is only a short clip from it. It’s entitled, appropriately, “The Joy of Stats.”

3 – NationMaster
Not just a great go-to site for world statistics, it slices, dices, crunches, and expands data from around the globe. It gives you the ability to create maps and graphs that compare countries in a number of categories, such as education, crime, and health, but it doesn’t stop there. You can also hit the “correlate” link to see the relationships between different statistics and how they might affect each other. Bet you didn’t know that the number of judges and magistrates in Russia is nearly twice the number in the United States. The US, on the other hand, has eight times the amount of crime.

And for a new way to see the world, take a look at NationMaster’s graphs that cluster countries based on their similarities in a number of categories.

4 – Worldometers
With Worldometers, you can watch the numbers grow in real time. Its site has 61 counters on such global topics as population, televisions sold, emails sent, amount of oil remaining, and deaths by cancer. For more  info on cyber statistics, go to its Internet Live Stats page. There you can also see a graphical representation of the huge numbers, but no picture is bigger than the one at 7billionworld, where all 7 billion of the world’s population is shown one by one on a single scrollable page.

5 – Poodwaddle World Clock
The World Clock applet at Poodwaddle ups the ante with over 170 real-time counters in nine categories, including one titled “Smile: It ain’t all bad news.” There are so many counters, accessible for the year, month, day, and “now.” And if you’d like your data even more available, you can embed the free World Clock widget on your own website or blog. That way you can keep track of how many Coca-Cola products have been consumed this year. (Hint: It’s at a rate of 1.9 billion servings a day.)