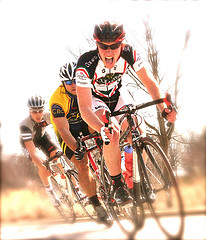 As the online community continues to grow, more and more languages are coming online, and power players like Google and its subsidiary YouTube are speeding ahead to keep up. Here are some of the numbers that illustrate this:

And now YouTube has launched a new interface to help in translating its videos into over 300 languages. The first step is to upload a transcript or caption file. Then the next step is to use the translation feature in the YouTube Video Manager to create a translation or invite other online users to help out. For the 64 languages available using Google’s machine translation technology, YouTube will provide a “first draft” to jump start the process. The interface also allows for translation into the 300 plus languages available in the Google Translator Toolkit.

Those of you who have used Google’s translator in the past will know that the first draft of the translation may be a good starting point, but it will probably need quite a bit of tweaking. If you’re really brave, you can start with YouTube’s automatic captioning, which currently creates onscreen captions for English and Spanish, generating the text from the audio. (Access this feature by clicking the “cc” button at the bottom of the video viewer.) Google admits that all of this is a work in progress, and it often produces humorous results. Take a look at the video below to see Rhett and Link use YouTube for a modern take on the telephone (or gossip) game:

If you do need to create multi-language subtitles for a video project, and you find limitations in YouTube’s approach, take a look at dotSUB and Amara for more options.