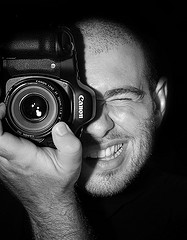 Not only is it the month for the Oscars, but February is also a busy time for selecting the prize winners in international photography. The judges have hard work wading through the thousands of photos, but we are the beneficiaries, as we get to browse through the best of the best.

Lens Culture has a high-resolution slideshow of 45 of the shortlisted photos, or you can click through the galleries at the WPO site here. Final winners will be announced in April.

56th World Press Photo Contest
On February 15, World Press Photo announced the winner of its “Photo of the Year” for 2012. It is Paul Hansen’s “Gaza Burial,”  an image of men carrying the bodies of a young brother and sister to be buried after the two were killed by an Israeli missile strike.

Galleries containing all the winning photos, selected from the work of 5,666 photographers from 124 countries, are on display here.

Coinciding with the photo contest is World Press Photo’s third annual multimedia competition. The gallery of winners is here, including the following videos covering subjects outside the US (viewer discretion advised):

Too Young to Wed, Jessica Dimmock, dir. (1st prize, Online Feature)
Destaye was 11 when she married a priest in Ethiopia. Now 15, she has a 6-month-old son.

Pictures of the Year International
POYi started announcing their latest winners on February 5, with the final group announced today. I figured I’d wait until they were finished to start working my way through the results—it does take a while. And after I’m done, I plan to post again with links to some of their photos that tell stories from around the world.

You are currently browsing entries tagged with Dreams on Freewheels at Clearing Customs.