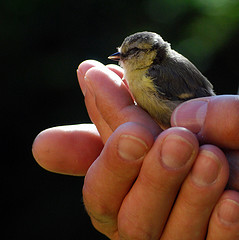 I’ll call it simply The World Proverbs Game. I came up with the idea several years ago after playing a version of Balderdash, just using a dictionary. (As you probably know, Balderdash is a board game in which players try to come up with believable sounding definitions for obscure words.) Similar to Balderdash, there’s a game called Wise and Otherwise that requires players to complete proverbs that come from around the world. I found out about it after I’d already bought a book of world proverbs and made up my own rules. Honest.

Judging by the reviews at Amazon.com, Wise and Otherwise is a great game. For about $43.00, you get a game board, a die, paper and pencils, playing pieces, and 500 cards containing 2,500 proverbs. But if you can do without most of that and would like to save some money, here’s how to play The World Proverbs Game:

First, you need an encyclopedia of proverbs. There are several out there, but the one I got is Wolfgang Mieder’s Prentice-Hall Encyclopedia of World Proverbs. It says it’s “the largest compilation of its kind,” and I won’t argue with that claim, since it includes 18,520 sayings from all over the globe (that’s a big increase over Wise and Otherwise). The proverbs are arranged by topic, and each one is followed by the place from which it comes. As I write this, I see there are a couple used copies at Amazon for under $3.00.

Next, cut up some scratch paper and gather up some pencils. That’s it. You’re ready.

The rules are simple: One person in the group (you need three or more players) looks through the encyclopedia and chooses a proverb. He then reads it to the other players, leaving out one or several words. For example, he might read, “Nine out of ten matchmakers are BLANK.” Then everyone writes down the full phrase, filling in the blank with a word or phrase of his choosing.

After everyone is done, the players hand in their papers to the reader, who has written down the real proverb on his own piece of paper. He then reads them all out loud. The rest of the players then vote on which one they think is the real proverb. You can work out your own scoring system, but here’s one to start with:

Each player takes a turn being the reader. To save time, the person next in line should vote first and then make her own selection from the encyclopedia while the others are voting.

Play continues until someone reaches 100 points (or that can be higher or lower, depending on how long you want the game to last).

It’s fun to see how people with different personalities play the game. Some people are very logical. Some people would rather go for laughs. Some are experts at bluffing. Some, not so much. And some people can’t keep a straight face when they read the false proverbs, no matter how hard they try.

What about you and your friends? If you want to find out, start playing. As the Russians say, “One gets to know people during games and on journeys.”

By the way, according to the Chinese, “Nine out of ten matchmakers are liars.”

[photo: “A Bird in the Hand,” by Dave S., used under a Creative Commons license]