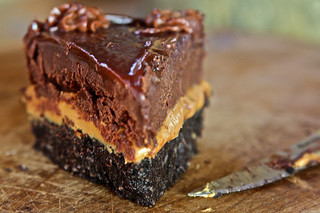 When we feel down, we often turn to familiar foods, junk food, or other “guilty food pleasures” for comfort. The stresses of living in a new culture often provide the emotional downturn, and that, coupled with the fact that our usual feel-good foods are hard to come by, means that we want comfort food even more.

But comfort food, like many things that we enjoy, is a double-edged sword.

First, while we often look to food for a pick-me-up, a recent study suggests that typical comfort foods—which are often not the best health-wise—can actually make you feel worse. Researchers at Penn State University found that among women who are concerned about their body image but also have “high levels of unhealthy eating habits,” negative moods were “significantly higher” after what they called “disordered” eating.

Added to this, more research has found that mildly depressed people can have more difficulty discerning fatty tastes in food. A study, the results of which were published last week in the scientific journal PLOS ONE, used happy, sad, and neutral videos to alter the moods of participants. While those with mild (nonclinical) depression typically had normal perceptions of fat content in foods, after increased positive or negative moods, they lost that ability to discern between high-fat and low-fat foods. Thus, people seeking comfort from food are more susceptible to make unhealthy eating decisions.

But there may be a silver lining: Being somewhat overweight can improve your health. Of course, severe obesity is never good, but according to an NPR report, an analysis of literature by the Centers for Disease Control and Prevention found a 6% decrease in the risk of death for people who are slightly overweight (as measured by body mass index [BMI]). The findings, published in JAMA, have been met with skepticism by some in the medical community, but others find common ground.

As reported in a Worldcrunch article (translated from the German newspaper Süddeutsche Zeitung), since 1999, studies in several countries have shown that overweight people with BMIs of around 27 to 30 have higher life expectancies than their thinner counterparts. It is important to note, though, that the extra weight is helpful when it occurs in places like the arms, legs, hips, and bottom. When it’s around the waist, as in a “spare tire,” though, it does more harm than good.

The article also cites the work of Achim Peters, at Germany’s University of Lübeck, and Bruce McEwen, of Rockefeller University in New York, who have developed a theory called the “obesity paradox.” It states that being overweight is a healthy way to manage stress. That’s because Peters claims that the brain is “selfish,” requiring 50% of the body’s glucose when a person is not under stress. But when stress occurs, the brain wants 90% of the glucose. In an obese person, the glucose is tied up in building fatty deposits, which means the brain demands more energy, and the cycle continues. Thus, according to the theory, obesity is caused by, and is a healthy response to, chronic stress. That means that being skinny isn’t always the best thing. In fact, according to Peters, the worst category to be in is “thin and under pressure.”

If all this leaves you a little confused, and if that confusion has you feeling down, don’t despair.

I’ve already mentioned my fondness for Arby’s and my desire to see them expand around the globe. So just relax and follow me over to Arby’s for a comforting meal of a roast beef sandwich (with horseradish sauce), curly fries, and a Dr. Pepper. After all, it is “Good Mood Food.”