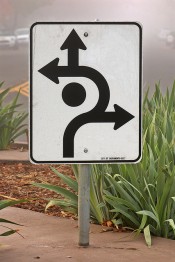 Last week I had the extreme pleasure of meeting with a small group who came together as Global Nomads.

The vocabulary in the conversations was peppered with insider words and phrases. Of course there was global nomad itself, as well as TCK and Adult Third Culture Kid and army brat and MK. But there was also talk of using “English English” and recognizing something as “weirdly comforting.”

No one was in charge. No one gave a prepared presentation. Instead, we just talked. It was kind of like a panel discussion where the audience was the panel itself.

Everyone there was a professional in higher education, but the backgrounds and countries represented were diverse. I was the first one to arrive, and as others came into the room, I asked them, out of habit, “Where are you from?” I only meant “Where do you live?” or “Where did you arrive here from?” I really wasn’t looking for a philosophical response, but in this group, it may have felt as if I were. One person responded with something like, “Oh, that is the question, isn’t it?”

We went around the room and introduced ourselves, and as people continued to join us, we introduced ourselves again. One person had started a group for global nomads on her college campus. One had done her doctoral dissertation on TCKs and university life. One had married an Adult TCK. One was preparing to move overseas.

One mentioned a book he’d read about authors who’d grown up abroad. When I later searched for it on the internet, I found out it is Antje M. Rauwerda’s The Writer and the Overseas Childhood: The Third Culture Literature of Kingsolver, McEwan and Others. While I was looking, I also ran across Writing out of Limbo: International Childhoods, Global Nomads and Third Culture Kids, a compilation of essays by and about TCKs, edited by Gene H. Bell-Villada, Nina Sichel, Faith Eidse, and Elaine Neil Orr. I’ve added both books to my Amazon.com Wish List, but I’m afraid the prices will continue to go up rather than down. Even the used copies are over $30.

My search also led me to a blog post written by Sichel, who, along with Eidse, also edited Unrooted Childhoods: Memoirs of Growing Up Global—a book that I’d put on my list long ago. In her post, “The Trouble with Third Culture Kids,” Sichel talks, in the context of children’s mental health, about “chameleons,” “adjustment problems,” “TCK grief,” and “existential loss.”

She writes about a young TCK who is struggling: “She doesn’t want to talk about it.  She doesn’t know where to begin.” When you meet such a girl, she says, “don’t ask her where she’s from, or what’s troubling her.” Instead, she offers a better response, one that would work with adult “kids” as well:

Ask her where she’s lived.  Ask her what she’s left behind.  Open doors.  And just listen.  Give her the time and space and permission she needs to remember and to mourn.  She has a story—many stories.  And she needs and deserves to be heard, and to be healed, and to be whole.

“Where have you lived?” I’m going to try that next time I meet a global nomad. And if she seems to be weighed down in her soul, I’ll ask, “What have you left behind?” Then I’ll try to be quiet and just listen.

[photo: “Which Way to Go,” by theilr, used under a Creative Commons license]

4 thoughts on “For Global Nomads, a Better Question than “Where Are You From?””