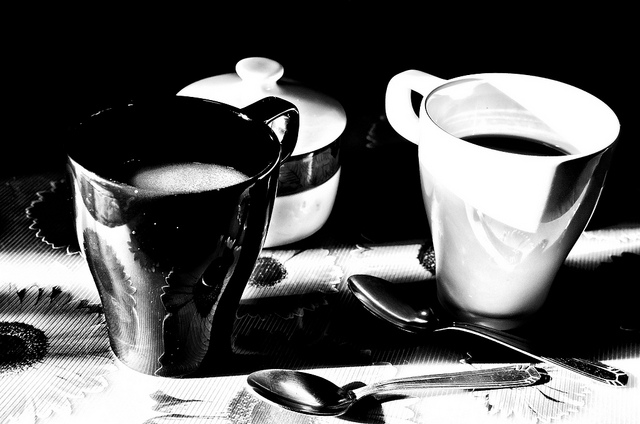 The first duty of love is to listen.
—Paul Tillich

I really like this quotation. It brings up images in my mind of friends sitting together over cups of coffee. Or maybe they’re a husband and wife, or a parent and child, or a teacher and student . . . or adversaries. Their body language and the expressions on their faces show that they are intent on truly hearing what the other has to say. Simple images for a simple quotation. At least it used to seem simple to me, until I traced it back to its origin.

First of all, did Tillich really say, “The first duty of love is to listen”? The answer is yes . . . and no. He’s the source, but those aren’t his exact words. More on that later.

So who is Paul Tillich, anyway? Born in Germany in 1886, Tillich grew up to be a well-known existential theologian (well-known, at least, among those familiar with existential theologians). After finishing his university education, he was ordained a Lutheran minister and served as a military chaplain during World War I. Following the war, he lectured in German universities, but that came to an end when he was banned from those institutions because of his criticism of Hitler and the Nazis. He then moved to the US to teach at Union Theological Seminary, learned English, and later taught at Harvard and the University of Chicago, in time becoming an American citizen. Tillich often published his thoughts in book form, one of the more famous being his three-volume Systematic Theology.

What is Tillich’s theology? Here’s where it gets a bit tricky. Some describe Tillich as a Christian theologian, some as an unorthodox Protestant, some as an existentialist philosopher, and still others as a pantheist or atheist.

Regardless of the controversy (or maybe because of it), his writings have a cool factor amongst today’s younger, hip Christian set. In Hipster Christianity: When Church and Cool Collide, Brett McCracken puts Tillich on a list of “Things [Hipster Christians] Like.” But like isn’t strong enough for some, as McCracken says that “artistic-minded Christian Hipsters love Tillich.”

And that brings us back to love and listening, and to power and justice, as well.

That’s because the source of the Tillich quotation above is his book Love, Power, and Justice. The book’s subtitle is “Ontological Analysis and Ethical Applications,” and chapter headings include “The Ontology of Love,” “Being as the Power of Being,” and “A Phenomenology of Power.” Sounds rather deep, no?

Here’s the relevant passage about love and listening (with my own emphasis added). In it, Tillich is discussing “the relation of justice to love in personal encounters.” He writes that it

can adequately be described through three functions of creative justice, namely, listening, giving, forgiving. In none of them does love do more than justice demands, but in each of them love recognizes what justice demands. In order to know what is just in a person-to-person encounter, love listens. It is its first task to listen. No human relation, especially no intimate one, is possible without mutual listening. Reproaches, reactions, defenses may be justified in terms of proportional justice. But perhaps they would prove to be unjust if there were more mutual listening. All things and all men, so to speak, call on us with small or loud voices. They want us to listen, they want us to understand their intrinsic claims, their justice of being. They want justice from us. But we can give it to them only through the love which listens.

To be honest, much of Tillich’s writing is over my head. It’s not that I don’t grasp what he’s saying in this passage, it’s when he does things such as explore the concept of being that I lose ground. I had to look up ontological. I found out it means “metaphysical, or the branch of metaphysics that studies the nature of existence,” but you already knew that, right?

So where does this leave us? For me, it’s back to where we started. We still have the popular “quotation,” and I don’t think it will be replaced by the real thing any time soon. It’s nearly accurate and it’s Twitter-sized, with plenty of room to spare for hashtags. Now when I hear it I’ll still imagine those people sharing a conversation over coffee, but while their mugs will say, “The first duty of love is to listen,” next to those mugs will be some books whose titles I don’t quite understand.

[To see why a blog about cross-cultural issues is interested in the topic of listening, go here.]