One Person’s Antidote for a Toxic Internet 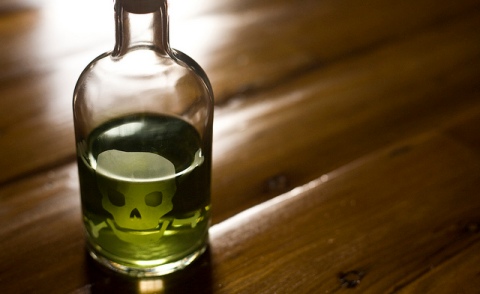 The venerable Oxford Dictionaries has announced its 2018 word of the year, and it’s toxic. (No, it’s not a toxic word, toxic is the word itself.)

Not-so-fun fact: According to Oxford Dictionaries, “In 2018, toxic has become a potent descriptor for the year’s most-talked-about topics.” The top-ten list of these topics, gathered from the dictionary’s corpus, includes pairing toxic with words representing  the physical realm, such as chemical, substance, gas, waste, algae, and air. But it also includes words for the immaterial, such as masculinity, environment, relationship, and culture.

It’s this second category that I think of when I hear toxic associated with 2018—in particular the toxicity of social media. And I’m not the only one who thinks our online communities can be poisonous. Take, for instance, these headlines from the past year:

Online toxicity takes many forms, but when it comes to dealing with internet-born hatred and virulent personal attacks, one person has come up with her own solution: face-to-face conversations. Her name is Özlem Cekic and she’s a former member of the Danish parliament. Born to Kurdish parents in Turkey, Cekic lived in Finland for two years as a young child after her parents moved there to work as caretakers in the Turkish embassy. Later, they relocated to Denmark when her parents took jobs there. As an adult, in 2007, she became one of the first females from an ethnic background elected as an MP.

It should come as no surprise that that distinction made her the target of a large amount of hate-filled email. In her TED Talk from last month, Cekic says that for a few years she responded with anger and fear, but then a friend suggested she call up her harassers to begin a real dialogue. She decided to try it and contacted Ingolf, the most prolific author of her hate mail. She first called him on the phone and later visited him in his home. “I ended up staying for two and a half hours,” she says. “And we had so many things in common. Even our prejudices were alike.”

She continued talking with Ingolf, and with many more who opposed her, and started promoting #DialogueCoffee meetings to encourage others to follow her lead. For the last eight years she has taught by example that we should stop demonizing people who disagree with us and engage them in conversation instead. And during that time, she’s “learned some valuable lessons” herself:

The people who sent hate mails are workers, husbands, wives, parents like you and me. I’m not saying that their behavior is acceptable, but I have learned to distance myself from the hateful views without distancing myself from the person who’s expressing those views. And I have discovered that the people I visit are just as afraid of people they don’t know as I was afraid of them before I started inviting myself for coffee.

“So here’s my challenge,” says Cekic. “Find your Ingolf.”

In the list of online articles above, you can see there’s one called “Cloutlighting: From Online ‘Pranks’ to Toxic Social Media Trend.” Reading it, I learned what “cloutlighting” is. The word is a combination of clout and gaslighting and it refers to someone pranking a friend to get an emotional reaction or to start an argument. The cloutlighter then records the response and posts it on the internet. (It sounds like the kind of thing that a victim of Jimmy Kimmel’s I-ate-your-Halloween-candy prank might grow up to despise.)

Cloutlighting is a way to take someone you’re close to and use social media to push them away. Cekic, on the other hand, shows us how to take someone we’re distant from and use a cup of coffee to find common ground.

I sure hope cloutlighting doesn’t become 2019’s word of the year.

You are currently browsing entries tagged with cloutlighting at Clearing Customs.