I may have to stop reading Dave Lewis’s blog at Paracletos.org. Sure, it’s an amazing resource for gleaning insights from around the Web on member care and cross-cultural life, but it’s starting to get in the way of my originality. I’m particularly frustrated with his “Casual Friday Resources.” Lately, it seems as if when I come up with a new idea to write about, the same idea pops up on Casual Friday, and I see that others have thought my thoughts before me . . . often in more complete and coherent ways.

Take for instance, my last post on missionary expectations. Since I was focusing on Sue Eenigenburg and Robynn Bliss’s Expectations and Burnout: Women Surviving the Great Commission, I knew that what I had to say would more or less be a reworking of their research and observations. But I wanted to bring attention to the topic and their book, because, you know, not enough people are getting the word out.

As I was putting my thoughts together, Dave linked to a post by Bliss on the blog Velvet Ashes, “an online community of women serving overseas.” In “Burnout: A Retrospect,” Bliss writes, “Looking back on it now, I can honestly say that burnout is the best thing that ever happened to me.” That link inspired me. The folks at Velvet Ashes and I are thinking in the same direction.

But then, just yesterday, Dave linked to Velvet Ashes again, this time to an interview with Eenigenburg, the other author of Expectations and Burnout. Come to find out, Velvet Ashes is doing a two-month series on the book as they read through it one or two chapters at a time. Come on, guys! What am I going to do?

All joking aside, here is what I’m going to do.

Many times I’ve heard variations on the well-known words of D. T. Niles, a Methodist evangelist from Ceylon, who wrote,

Evangelism is witness. It is one beggar telling another beggar where to get food. The Christian does not offer out of his bounty. He has no bounty. He is simply a guest at his Master’s table, and, as evangelist, he calls others, too.

I figure it’s much the same with promoting member care. I’m just a beggar letting other beggars know that food is out there for hungry souls. So head on over to Paracletos.org and Velvet Ashes. There’s some great feasting going on at each of these. And as I find more resources, I’ll continue to let you know about them, joining others who are doing the same.

And as far as originality goes, there can be all sorts of room for creativity in how we point others in the right direction. 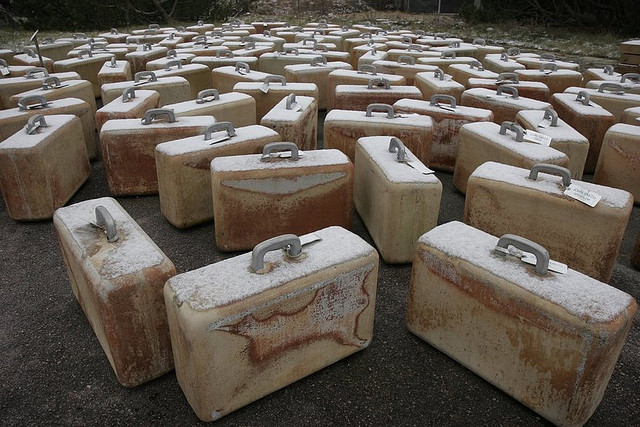 Remember the good old days when you could pack 70 pounds into each of your two checked bags on international flights? That meant that when our family of six moved overseas as missionaries, we could take 840 pounds of clothes, books, sheets, cake mixes, and the like. And we used just about every ounce of it.

It could be argued that we didn’t need to take that much with us, but we’re Americans, after all, and we Americans don’t often pack light. I’ve traveled with people from other countries, and even on short trips, I invariably seem to end up lugging the largest pieces of luggage. What if there’s a pool nearby? Better bring swimming trunks, and a towel. What if it snows? What if I spill something on my Friday jeans? What if I need work shoes? What if somebody throws a formal party?

There’s also another set of luggage that missionaries tend to overpack. It’s the bags that hold our assumptions, our plans . . . our expectations.

A few years ago, Sue Eenigenburg and Robynn Bliss surveyed 323 female missionaries on how their expectations corresponded to reality on the mission field. The results form the backbone of their excellent book Expectations and Burnout: Women Surviving the Great Commission. What they found is that our pre-field predictions often don’t measure up to our on-field experiences. (I say “our” because though the book is written for and about women, most of its insights and lessons easily apply to both sexes.)

The authors gave the women a list of 34 expectations, and asked them to rate each one on the degree to which it applied to them. Then the respondents went back and evaluated the list against what actually came to be in their lives as missionaries.

In 14 of the areas, the women reported that their expectations exceeded what they found in real life. The 10 with the highest percentage of expectations greater than reality include some very deep, personal issues:

75.4% Am fruitful
70.4% Am a prayer warrior
67.6% Am growing spiritually continually
62.7% Am spiritually dynamic
65.8% Continually trust God for everything
57.5% Have a daily quiet time
56.5% Have a successful quiet time
56% Am well balanced in areas of ministry in and out of home
55.1% Have miraculous stories to tell of how God is using me
50.9% Embrace my new host culture

The disconnect between expectations and reality often leads to disappointment and guilt. And as the authors point out, this can lead to burnout. It is difficult to move steadily forward when we are dragged down by the weight of our overpacked luggage.

So how can we pack less? How can we lighten our load? Here are some suggestions.

Before you set out for the mission field, prepare thoroughly and pack carefully. When it comes to packing your expectations, it isn’t just about seeing how much you can get into a suitcase and still get the zipper closed. It’s also about being discerning and knowing what to leave behind.

But you don’t want to go empty-handed, either. Hopes, dreams, and plans are important. Don’t forget your underwear and socks. And if you’ve got room, you might want to take that swimsuit, too. Just in case.