Found in Western churches today as the tune for “Be Still My Soul” and “This Is My Song,” Finlandia has a rich, globetrotting history.

In 1889, the Finnish composer, Jean Sibelius, wrote a piece of music to be performed at a rally protesting censorship by the Russian Empire, of which Finland was a part. This work became the basis for his symphonic poem Finlandia, completed the next year. Finlandia begins with stirring music, but ends with a more tranquil—and more well-known—section, called the “Finlandia Hymn.” It can be heard, beginning at the 5:33 mark, in this performance:

Later, Sibelius reworked the hymn into a standalone piece, and in 1940, the Finnish poet Veikko Antero Koskenniemi added words, and the “Finlandia Hymn” became a popular, though unofficial, anthem for Finland.

Nearly 150 years before the composition of Finlandia, Katharina Amalia Dorothea von Schlegel had written the words for the German hymn, “Stille meine Wille, dein Jesus hilft siegen,” in 1752. Scottish-born Jane Laurie Borthwick translated the hymn into English in 1855 as “Be Still, My Soul,” and in 1927, Borthwick’s lyrics were put to the tune of  the “Finlandia Hymn,” to form today’s familiar song.

David J. Mitchell writes about meeting the Olympic gold medalist Eric Liddell during World War II when Mitchell entered a Japanese internment camp in China as a child of missionary parents. Liddell, whose story was later told in the movie Chariots of Fire, was in the camp because of his own missionary work in China. Liddell was a great encouragement to his fellow prisoners, including Mitchell, who remembers the Scottsman teaching the children “Be Still My Soul.” The hymn’s first verse is

Be still, my soul: the Lord is on thy side.
Bear patiently the cross of grief or pain.
Leave to thy God to order and provide;
In every change, He faithful will remain.
Be still, my soul: thy best, thy heav’nly Friend
Through thorny ways leads to a joyful end.

“These words were a great comfort to one of our missionaries who was not only separated from her husband throughout the war,” remembers Mitchell, “but whose son was accidentally electrocuted by a bare wire running to one of the searchlight towers.”

Another prisoner, Norman Cliff, played trombone in a band organized by members of the Salvation Army. He recounts that a week before Liddell died while still in the camp, he heard the band and, from his hospital bed, asked them to play the hymn.

Another hymn sung to the Finlandia tune is “We Rest on Thee,” written by Edith G. Cherry, of Plymouth, England, in 1895. The hymn became part of the account of the 1955 martyrdom of five Christian missionaries by the Waroni (Auca) Indians in Ecuador, as the group sang “We Rest on Thee” before leaving to contact the tribe. The first verse is

When Elisabeth Elliot, wife of Jim Elliot, one of those who died, wrote the missionaries’ story, she got the title of her book, Through Gates of Splendor, from the song’s fourth verse:

When passing through the gates of pearly splendor,
Victors, we rest with Thee, through endless days.

The “Finlandia Hymn” continued its global trek as the tune for  the Welsh national song, “A Prayer for Wales,” and for “The Land of the Rising Sun,” the national anthem of the African country of Biafra, during its existence from 1967 to 1970.

Among the other church hymns that got their melodies from Finlandia is “This Is My Song,” which, given its global theme, provides a fitting ending for this post. Sung to the “God of all the nations,” it calls for peace and hope for “lands afar and mine.”

The words of the hymn were written in 1934 by the American Lloyd Stone. Additional verses were later added by another American, Georgia Harkness. Here is Stone’s first verse:

This is my song, Oh God of all the nations,
A song of peace for lands afar and mine.
This is my home, the country where my heart is;
Here are my hopes, my dreams, my sacred shrine.
But other hearts in other lands are beating,
With hopes and dreams as true and high as mine.

As a followup to “Music for the Unsettled Soul,” I’m passing on the announcement by Page CXVI that they are making all their albums available for free download during the month of March. Their “Jubilee” giveaway celebrates the three musicians’ seven years together, both as The Autumn Film and Page CXVI.

The downloads, available here at Noisetrade, include 74 songs from 11 albums. The giveaway lasts till the end of this month. 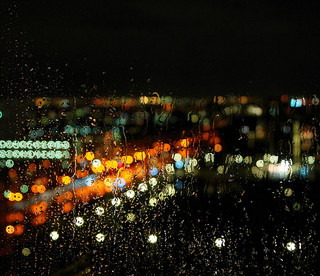 ally, really, really like the music of Page CXVI (formerly The Autumn Film). This group of three is “re-imagining” classic hymns for new generations, and just by reworking the melody and tempo, they bring new meaning to old songs. My favorite is “Joy,” which I highlighted in a post about dealing with grief.

Maybe there’s a special place for their music in the lives of those facing cross-cultural transition and stress.  Adam, who (like me) travelled with his family from the corn fields of the American Midwest to a “city of millions” overseas, sent an email to Page CXVI last year, and they posted it on their blog.

Adam writes about a “journey of faith” that took him, his wife, and their two-year-old son to “a place where hearts are ripe for harvest but the fields have many fences,” a place where they faced many trials:

Financial difficulties, spiritual conflict, and multiple miscarriages deepened my desire for God’s presence but also created questions for which I did not have answers. There were many nights that seemed very dark. Not the dark you see, but the dark you feel when you don’t have peace. In the midst of our many struggles, I would sit and watch the city lights and listen to Page CXVI.

Adam first heard the band before he went abroad when they led worship at a missions conference he attended.  Then, when he flew to his new home, he carried with him some of the group’s music.

The slow movement of traffic and the colored lights did little to bring comfort when I would sit staring out my window, but the music, with its rich lyrics and calming arrangement, did something nothing else could. When the elements madly around me were raging, God used the music and through the music biddeth them cease, turneth their fury to peace.

Here are two videos of the group performing the hymns “How Deep the Father’s Love” and “Come Thou Fount.” In the third, they sing “Peace Like a River,” from their latest project, Lullabies.

In another video, Page CXVI – Explains the Deeper Meaning of Hymns, lead singer Tifah Phillips, née Al-Attas, smiles and says matter-of-factly, “I grew up in this all-Chinese church. . . .” I bet there’s an interesting story there. I’d like to hear more about her background, about how her cross-cultural experiences have affected her faith and creativity. Maybe her bandmates, Reid Phillips (her husband) and Dann Stockton have their own stories to tell.

Continuing on, Phillips talks about the depth of the hymn “Be Still, My Soul,” noting how the song deals with some important questions:

(Page CXVI’s web site explains that the group’s name refers to the 116th page of C. S. Lewis’s The Magician’s Nephew, where Aslan “begins to sing Narnia into creation out of a black void.”)