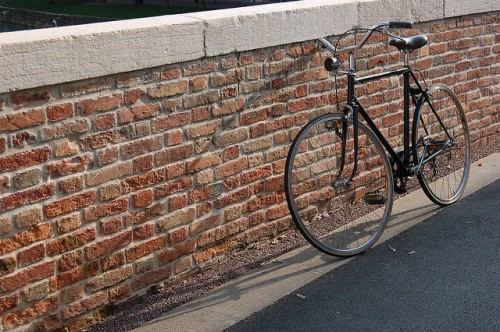 When we first moved to Taipei, we lived across the street from a park. One day, I was approached by three college-age students who asked me in English, “Do you know Jesus?”

“OK,” they replied. “But do you really know him?” This was a logical question, because while English has the one word for knowing someone, Chinese has two. The first would be the one in “I know who he is,” while the second means “I know him personally.”

I wish I could say that the Chinese words for missionary and bicycle sound just alike, but they don’t. The first is chuan jiao shi, and the second is jiao ta che. I think I must have learned them on the same day, because they are forever confused in my mind. The young people in the park laughed with me and let me correct myself. “Chinese is hard,” they said. I didn’t argue.

In an article published by Christianity Today this month, John Wilson interviews British author Francis Spufford about defending the Christian faith in a post-Christian culture. Spufford talks about a chapter in his latest book, Unapologetic: Why, Despite Everything, Christianity Can Still Make Surprising Emotional Sense, that gives a summary of the New Testament:

[T]he reason why I have Yeshua, my de-familiarized Christ, saying, “Far more can be mended than you know,” which I think is actually true to the New Testament, is that I want mending. Not flying free, not transformation, but humble, ordinary, everyday, get-you-back-on-your-feet mending, to be at the center of the Christian story.

When the book was being translated into Dutch, the translator sent me an email: “This word mend, I’ve looked it up in the dictionary, and it seems to be the same word you use for repairing bicycles. You must mean something else.”

I wrote back, “No. No. No. I want the bicycle-repair word.” What I absolutely want is to suggest that before it’s anything else, redemption is God mending the bicycle of our souls; God bringing out the puncture repair kit, re-inflating the tires, taking off the rust, making us roadworthy once more. Not so that we can take flight into ecstasy, but so that we can do the next needful mile of our lives.

We all need that kind of mending from God. I guess being a bicycle isn’t so far from being a Christian—and a missionary—after all.

[photo: “Bicycle,” by Marcella, used under a Creative Commons license]