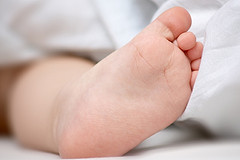 With President Vladimir Putin’s signing of a new law at the end of last year, as of January 1, US citizens are no longer able to adopt Russian children. For Americans seeking international adoptions, this means one more closed door, in an environment that has seen the number of foreign children adopted by US parents steadily decline since 2004.

Nine years ago, adoptions of foreign children peaked at 22,991. In 2012, that number had dropped to 8,668, representing a decline of 62%. Last year, before Russia’s new law went into effect, that country was the third-largest provider of children for foreign adoptions to Americans, at 748.

There are several reasons for the lower numbers. One is the enforcement by the US, beginning in 2008, of stricter guidelines under the Hague Adoption Convention. The Convention was formed to cut back on child trafficking and other abuses, which is a good thing. But this has also complicated the process for reputable adoptions and has caused some countries to restrict, or eliminate, adoptions to foreign countries, as they try to meet Convention standards. (The State Department maintains a list of global updates and notices concerning adoption, here.)

For some countries, politics is at play, which seems to be the case in Russia, which is widely thought to have passed their ban in response to a US law that targets human-rights violators in Russia.

And in other countries, feelings of nationalism have caused governments to make it harder to adopt out their children in an effort to have more of their own citizens fulfill the adoptions—and take care of the problem without outside help.

In the case of China, numbers have dropped, in part, because more Chinese have become economically able to adopt (China’s one-child policy allows for additional children through adoption) and because the nation has lengthened its list of restrictions limiting which foreigners can adopt. A 2009 article in Time also cites changing attitudes by the Chinese that are increasing in-country adoption of girls, who, at the time, made up 95% of the children in their orphanages.

With international adoption statistics changing so dramatically over the years, it’s hard to keep up with the numbers. Here’s a look at the latest figures from the US Department of State—for fiscal year 2012, ending September 30:

Most Adoptions, by Country of Origin

Most International Adoptions, by State

The Both Ends Burning Campaign is concerned with facilitating adoptions and decreasing the time that children spend in orphanages. Their work includes the Both Ends Burning book, an online petition, and the Step Forward for Orphans March, scheduled for May 17 in Washington, D.C. Here’s a trailer for their documentary, Stuck. The full video is available here.

A Note on the Numbers: Stuck gives the average length of time for an international adoption as 896 days, while the State Department figures above list Mexico as the country with the longest average time at 770 days. I’m curious as to why the numbers are so far apart. I’m not doubting the validity of the documentary’s statistics, but I wonder where the difference comes from. Maybe it’s because the State Department left out non-Hague countries or because the two differ on what constitutes the complete adoption “process.”

Related Post:
Documentary Shows Adoptees’ Journeys from China to the US to “Somewhere Between”

13 thoughts on “International Adoptions to the US Continue to Decline”