International Students—They Come to Study but Do They Stay?

Russia wants its future scientists, teachers, engineers, and medical personnel to attend the world’s top graduate schools. In fact, reports the Russian-language Begin, they want it so much that the government is offering to subsidize the cost. The program, recently signed into effect by President Vladimir Putin, aims to send out about 1,000 students a year, each with an average yearly grant of 1.5 million rubles (about US$44,000).

But there’s a catch. The students must return and work in Russia for three years, or they will have to pay back the grant plus a 200% fine.

This is just one salvo in the battle for bright young minds that’s going on around the globe. Sending countries, like Russia, are worried about “brain drain,” so they want their citizens to come back with their new-found knowledge and training. And their worries aren’t unfounded, as host countries are striving to increase “stay rates,” wanting the visiting students to make themselves at home and stick around for good.

No Need to Rush Off

According to the Organisation for Economic Co-operation and Development (OECD), made up of 34 countries, the average stay rate for international students is 25%. Here, “staying” is defined as foreign nationals’ changing their visa status to something other than “student,” as opposed to not renewing their student permits and leaving.

Using data from 2008 and 2009, OECD further reports that in most member countries, over 20% of visiting students remain in their host countries. In Australia, Canada, the Czech Republic, and France, the stay rate is over 30%.

In the US, an OECD-member country, the rates among those receiving doctorates in science and technology is much higher. Michael Finn, of the Oak Ridge Institute for Science and Education, writes that in 2007, the one-year stay rate (counting 2006 graduates) for those in this group was 73%. The two-year stay rate was 67%; the five-year rate was 62%; and the 10-year rate was 60%. Finn’s study shows that the five sending countries with the highest five-year stay rates were China, India, Romania, Yugoslavia, and Ukraine.

Why are countries striving to increase their stay rates? One reason is economics. The ICEF Monitor reports on a study from the Netherlands showing that if 20% of their international student population (more than 58,000, compared to 819,000 in the US) stays, it would help the economy by about €740 million (approximately US$1 billion). But the immigration of foreign graduates also helps in “the development of competitive knowledge economies.” This is especially important in developed countries, which have mismatches of jobs and skills and where low birth rates are producing aging populations. 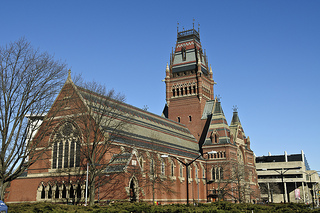 As the competition to attract and keep the world’s scholars heats up, countries around the globe are loosening immigration restrictions to allow more international students to stay after graduation. This is especially true for graduates in the highly prized STEM fields: Science, Technology, Engineering, and Mathematics.

The US is no exception, with plans to attract foreign-born STEM graduates as a significant factor in several current immigration-reform proposals. For instance, President Barack Obama’s plan calls for giving a green card to PhD and master’s degree graduates in STEM fields who find work in the US. He calls it “stapling” green cards to their diplomas. In January of last year, the president described the goal this way:

If you’re a foreign student who wants to pursue a career in science or technology, or a foreign entrepreneur who wants to start a business with the backing of American investors, we should help you do that here. Because if you succeed, you’ll create American businesses and American jobs. You’ll help us grow our economy. You’ll help us strengthen our middle class.

Sounds like one more thing for Putin and Obama to spar over.

Hyper Realism: A Russian Farmer Lands an Esquire Cover and a Trip to New York

Evan Penny’s Old Self, Variation #2, an example of hyper-realistic art

Ever since, as a child, I saw Duane Hanson’s lifelike sculpture Janitor at the Milwaukee Art Museum, I’ve loved hyper-realistic art. Then last month, when I visited Crystal Bridges Museum of Modern Art, in Bentonville, Arkansas, I was surprised to see another Hanson work, Man on a Bench. (I really was surprised, since it looked for all the world like a museum visitor taking a break from his tour.) And in a room close by, there was an oversized bust by Evan Penny, Old Self, Variation #2. Unlike with Hanson’s pieces, no one will mistake Old Self for an actual person—it’s only a head with shoulders, and it’s way too big. But still, it just looks so real.

Martin Schoeller is another artist in the same vein, except he doesn’t exactly create hyper realism, he captures it—with a camera. Born in Germany, but now based out of New York, Schoeller is best known for his “hyper-detailed” large-scale portraits of celebrities, which have appeared in magazines such as GQ, The New Yorker, and Entertainment Weekly.

But his photographic subjects also include common people, like you and me. In fact, if you’d like to see what you’d look like in a Schoeller portrait, next time you’re in Bed Bath & Beyond, do like I did and take a look at yourself in the 10x-magnification of the Zadro Dimmable Florescent Dual-Sided Mirror. (That’s hyper realism.)

Schoeller recently took a cover photo for Esquire Russia of Vasiliy Ilyn, a retired farmer from Russia, who’s featured in this month’s magazine. Ilyn is one of Schoeller’s non-celebrity subjects, as the September Esquire is devoted to the rules that govern the lives of ordinary Russians.

For three days, Ilyn was something more than ordinary, as he was flown to New York for the photo shoot. His encounter with the city is chronicled in the 20-minute film Vasily, from Stereotactic. (Thanks to Carla Williams for telling me about the video.)

The film shows Ilyn’s first trip outside the Kursk region of Russia, his first time to see the ocean, and, of course, his first visit to America. As he looks around New York, he’s a fish out of water, but he’s an ordinary fish. And I’m not sure that his reactions are much different from those many retired farmers in the flyover portions of the US would have.

Ilyn narrates the documentary, and he has a lot to say about Russia, the US, and life in general. He thinks of himself as a joker, but much of what he says shows a solemn acceptance of the way things are. He’s pretty straightforward and plain spoken. At one point, while talking about his disdain for past Russian leaders, Ilyn drops an F-bomb. Actually, it’s more of an F-hand grenade since we read it in the subtitles.

When he gets back to his home, he tells a woman about the 80,000 Russians who live in New York. “I wish a flood would come and they would die,” she says. “Let the locals survive, but these traitors should die.”

Shoeller’s type of hyper-realism doesn’t come from a lack of preparation and artistic manipulation. The lighting and focus has to be just right, and there’s a lot of time spent on Ilyn’s makeup. But the result is striking for its unglamorized detail.

That’s the way the documentary looks to me, too. I can tell a lot of work went into the making of Vasily, but it’s that work—the shot selection, the editing, the scoring of the music—that makes it feel more real . . . much more real than what usually passes for “reality” on TV today.

[photo: “Old Self, Variation #2” by Nils Gore, used under a Creative Commons license]

International Adoptions to the US Continue to Decline

With President Vladimir Putin’s signing of a new law at the end of last year, as of January 1, US citizens are no longer able to adopt Russian children. For Americans seeking international adoptions, this means one more closed door, in an environment that has seen the number of foreign children adopted by US parents steadily decline since 2004.

Nine years ago, adoptions of foreign children peaked at 22,991. In 2012, that number had dropped to 8,668, representing a decline of 62%. Last year, before Russia’s new law went into effect, that country was the third-largest provider of children for foreign adoptions to Americans, at 748.

There are several reasons for the lower numbers. One is the enforcement by the US, beginning in 2008, of stricter guidelines under the Hague Adoption Convention. The Convention was formed to cut back on child trafficking and other abuses, which is a good thing. But this has also complicated the process for reputable adoptions and has caused some countries to restrict, or eliminate, adoptions to foreign countries, as they try to meet Convention standards. (The State Department maintains a list of global updates and notices concerning adoption, here.)

For some countries, politics is at play, which seems to be the case in Russia, which is widely thought to have passed their ban in response to a US law that targets human-rights violators in Russia.

And in other countries, feelings of nationalism have caused governments to make it harder to adopt out their children in an effort to have more of their own citizens fulfill the adoptions—and take care of the problem without outside help.

In the case of China, numbers have dropped, in part, because more Chinese have become economically able to adopt (China’s one-child policy allows for additional children through adoption) and because the nation has lengthened its list of restrictions limiting which foreigners can adopt. A 2009 article in Time also cites changing attitudes by the Chinese that are increasing in-country adoption of girls, who, at the time, made up 95% of the children in their orphanages.

With international adoption statistics changing so dramatically over the years, it’s hard to keep up with the numbers. Here’s a look at the latest figures from the US Department of State—for fiscal year 2012, ending September 30:

Most Adoptions, by Country of Origin

Most International Adoptions, by State

The Both Ends Burning Campaign is concerned with facilitating adoptions and decreasing the time that children spend in orphanages. Their work includes the Both Ends Burning book, an online petition, and the Step Forward for Orphans March, scheduled for May 17 in Washington, D.C. Here’s a trailer for their documentary, Stuck. The full video is available here.

A Note on the Numbers: Stuck gives the average length of time for an international adoption as 896 days, while the State Department figures above list Mexico as the country with the longest average time at 770 days. I’m curious as to why the numbers are so far apart. I’m not doubting the validity of the documentary’s statistics, but I wonder where the difference comes from. Maybe it’s because the State Department left out non-Hague countries or because the two differ on what constitutes the complete adoption “process.”

Related Post:
Documentary Shows Adoptees’ Journeys from China to the US to “Somewhere Between”

This Global Footage Comes from Space

In honor of their arrival, here’s some time-lapse footage of the earth, taken from the ISS from August to October of last year, compiled and edited—complete with inter-galactic-sounding music—by Michael König:

You are currently browsing entries tagged with Russia at Clearing Customs.